The Bellingham and Gutierrez Crime Series is a collection of 10 stories of racism, jealousy, servitude, hostage-taking, retribution, desperation, kidnapping, enhanced senses (with and without drugs), and perverted research. Although each story can be read alone, several themes run from the first, Black, White, and Blues, to the last, Served Too Cold. One theme is the stickiness of crime to those who clean it for society. Another is the changing relationship between the two chief characters, Detective Joseph Bellingham and Sergeant/Detective Katherine Gutierrez. A third is the use of music to express the grief caused by crime and conflict.

1. Black, White, and Blues is a story of the murder of a young blues singer and unresolved justice.

2. Syn is a story of the violent perversion of a rare neurological condition.

3. False Syns is a story of drugs and sadism used to enhance sensory abilities.

4. The Chinese Murders is a cultural story of servitude, jealousy, and greed.

5. The Death of an Elegant Woman is a tale of disastrous jealousy among a group of wealthy women.

7. Damaged Goods is a story of retribution against two potential rapists and a wife beater.

8. Almost Identical Twins is a story of twisted research involving the rarest type of identical twins.

9. Armed and Angry is a story of hostage-taking and a gang war.

10. Served Too Cold is a short tale of a man’s desperate hope for vengeance on the murderer of his granddaughter.

We all want revenge for something,

something small if we’re lucky. 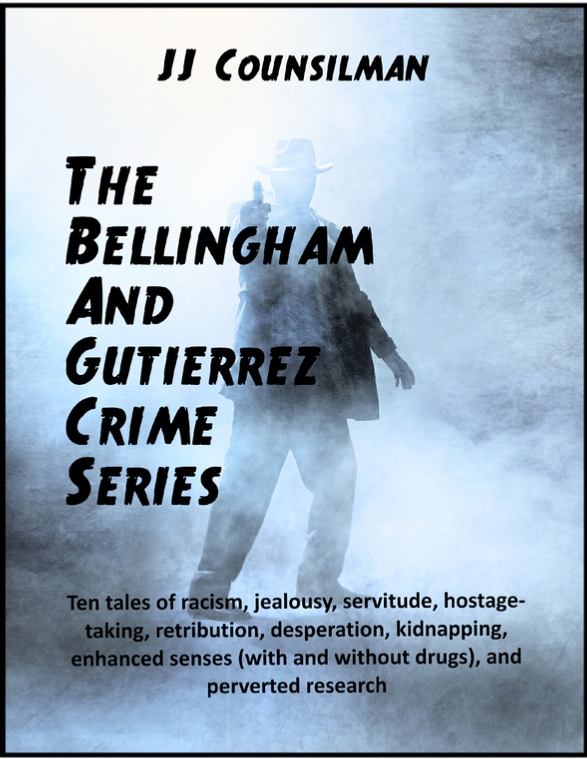